What To Do When People Doubt You

For many people, what other people think about them is really important – especially those that they love.

Getting support and approval from the people we care about the most can be hugely important and for many people, the ultimate deciding factor about whether they go ahead with what they were thinking about doing or not.  It’s totally normal.

I often tell the story of how I first started out in business.  Brimming with fresh excitement and an untainted ego, I couldn’t wait to tell my partner at the time, and my mum what i had planned for the world.

It was a freezing winter’s day in the UK.  The kind with sideways rain and pitch blackness by 3pm.  But this was a day I didn’t notice the misery.  I excitedly ran home to tell my partner at the time ‘I’m going to be an entrepreneur!!’

He paused his TV show, smiled at me, and said “Don’t come crying to me when it all goes wrong!”.

Annoyed but not deterred I drove to my mums house as fast as I could and excitedly told her ‘mum mum mum, I’m going to  be an entrepreneur!!”  She took a long puff on her cigarette and squawked “What the bloody hell is wrong with you Sarah? Get your head out of the clouds and get a real job! And don’t come crying to me when it all goes wrong!”

I was hurt.  I cared deeply about having the support of those closest to me.  I momentarily considered backing out.  Maybe they were right? Was I being stupid?

I was about to embark on an alien journey, and I knew I was going to have to face it not only without the help and support of those around me, but with their active disapproval dragging me backwards too.

As much as the mountain felt insurmountable, a fire burned inside of me so defiantly, that even the icey downpour from my family couldn’t put it out.  I forged ahead and started climbing it alone regardless.

Over a decade on from that day, I had gone on to run my education business in 3 different countries, had employed over 50 full time staff, hundreds of contractors, been the catalyst of the education of thousands of people globally and had built an asset worth millions of dollars.

Needless to say, my mum is now my BIGGEST fan – and my ex is totally kicking himself!

The point is, that not everybody is like us edupreneurs.

Not everyone has the ability to see beyond the tangible into what could be possible, and therefore they assume that anything not physically measurable simply does not, or cannot exist.

The Three Stages of Recognising ‘Truth’

Arthur Schopenhauer tells us that all truths pass through 3 stages before being accepted.

First, the new idea is ridiculed. People who cannot believe that something is possible will immediately react by laughing and poking fun at it.  It seems so impossible to them that it seems ‘silly’ to them, quite literally in the sense of being absurd.  This doesn’t mean it actually is absurd however, it just means that their literal mindset cannot fathom the materialisation of something they do not understand.

The second stage a truth will pass through is ‘opposition’.

Often the idea is violently opposed. They’ll say, ‘That can’t be done.’ or ‘Why fix something that isn’t broken?’ This is because when people cannot fathom a concept, to protect themselves from looking short sighted, they will defend their viewpoint by trying to assert to you how they think your idea won’t and cannot work.  By coming up with reasons why you could fail, they are internally justifying their own inability to conceptualise your vision; not necessarily passing judgement on your capability to actualise it.

But for those like the 19 year old me, who don’t give up in the face of ridicule and violent opposition, a third phase will be experienced.

In the third stage, the new ‘truth’ (your idea) is accepted as self-evident.

For example, if the dream was to train to run a marathon, at first your loved ones might ridicule and oppose your dream:

But you trained anyway.  You put all of your effort in, you worked hard and eventually, you ran that marathon!

Whether your loved ones were standing at the finish line or not, it would now a be an evident fact that you ‘run marathons’ and they would accept that fact, whether they support it or not.

My mother is now my biggest fan; she proudly announces to anyone who will listen that her daughter is a successful entrepreneur.  She can’t even remember those times when she doubted me. My success is just accepted as evident now.

And yours will be too.

But before we can win any race, we first have to be in it.

We have to be at the starting line ready to go; we have to bravely put one foot forward and start moving.

Our success cannot be praised and nor can we be celebrated if we have not done anything.

Forge forward to a place where stage three – self-evidence – is the only stage.

One step at a time and eventually that doorway will be yours to walk through.

What’s holding you back?

This article is an extract from my book ‘Awaken Your Course Creation Mojo‘ which is all about beating the most common course creation motivation killers. 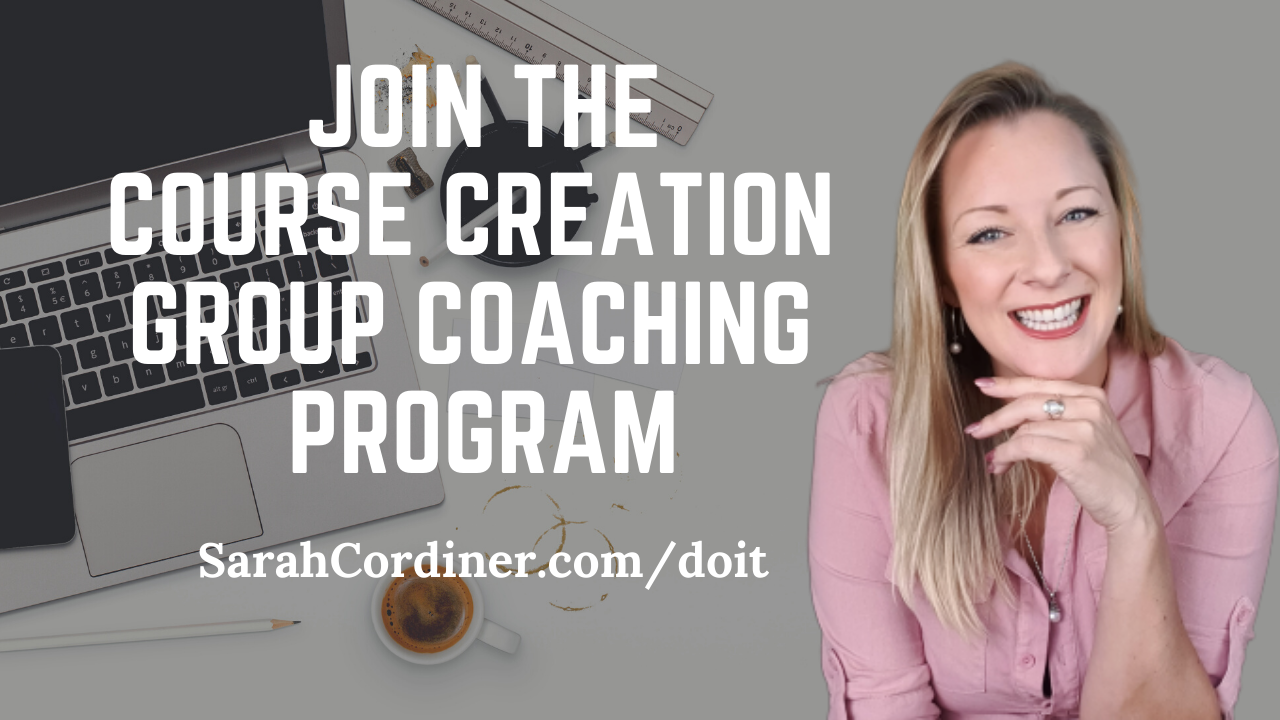 Take my best-selling course "How To Create Profitable Online Courses" 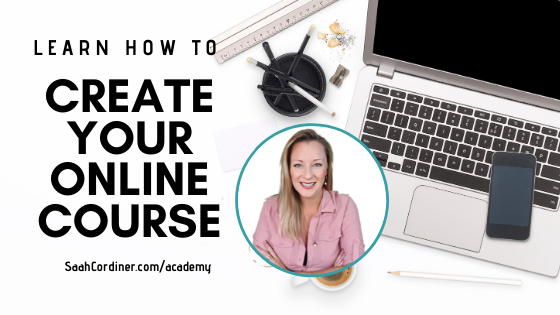 Want Me To Create Your Online Course FOR YOU?

Get my latest book: EDUPRENEUR 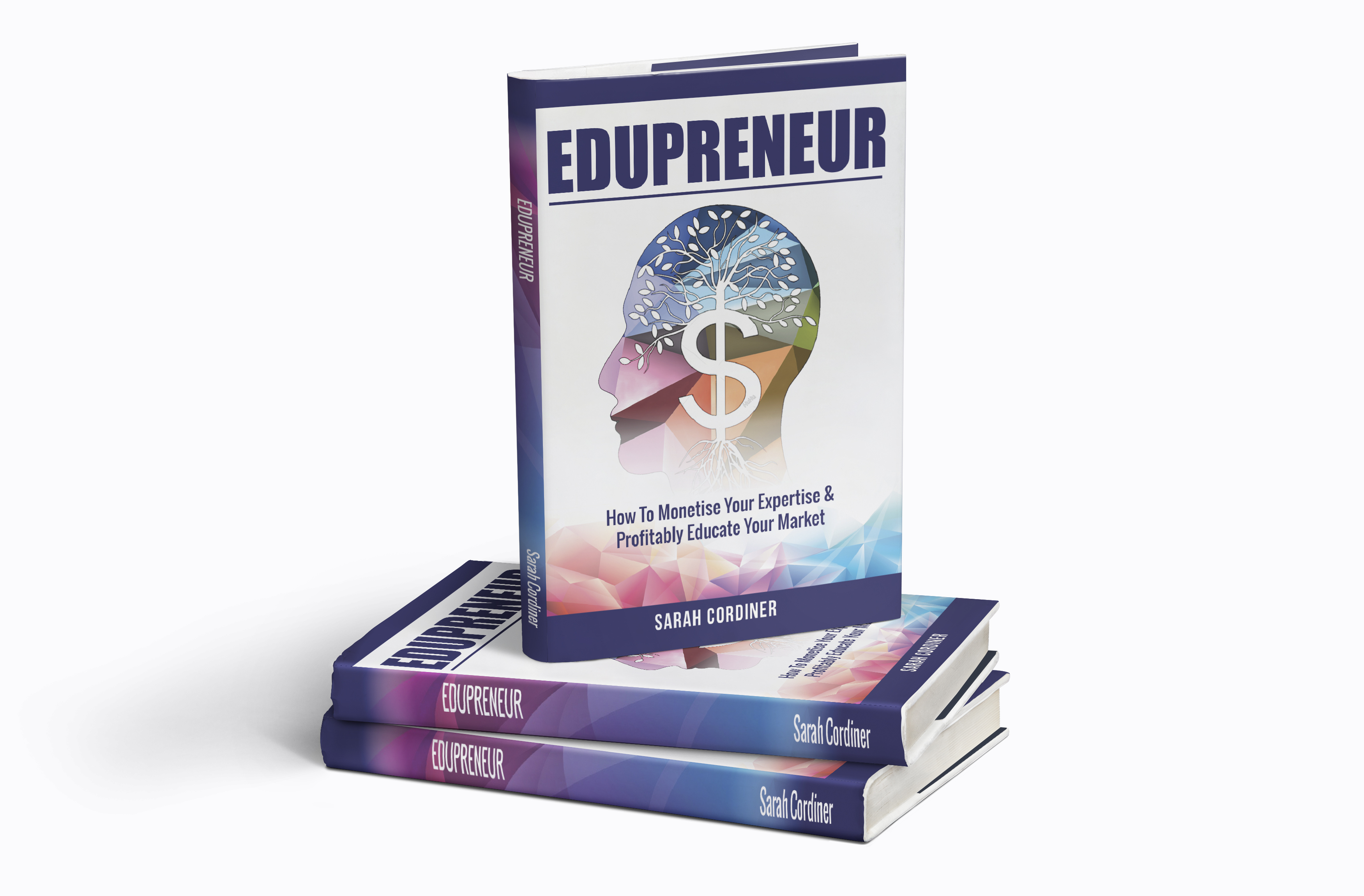 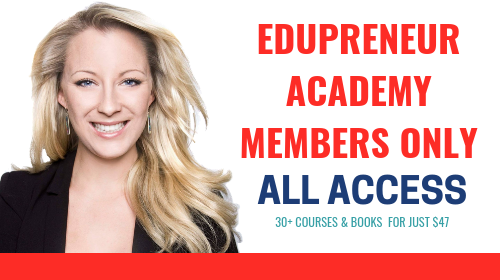 Let's connect! Click the links below to connect with me on social media: 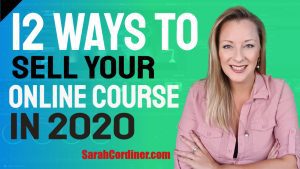 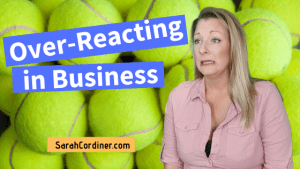 Over-Reacting In Business – A Tennis Ball In The Butt 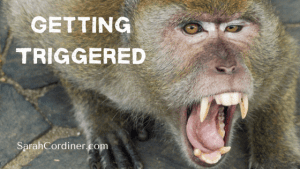 Do You Get Triggered in Business? 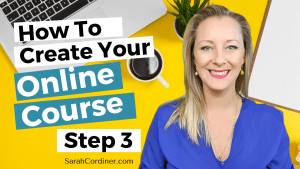 How To Create An Online Course – STEP 3: TECH SET-UP 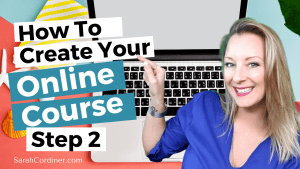 How To Create An Online Course – STEP 2: Course Content & Delivery 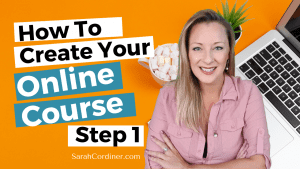 How To Create An Online Course – STEP 1: Plan Your Topic & Pricing 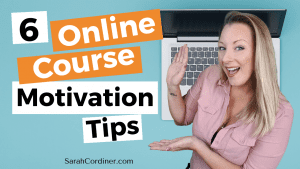 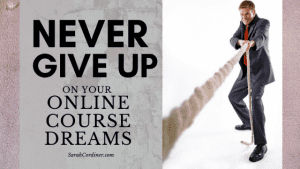 Never Give Up On Your Online Course Idea 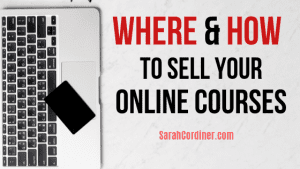 Where & How To Sell Your Online Courses 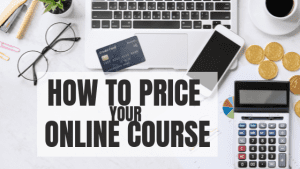 How To Price Your Online Course